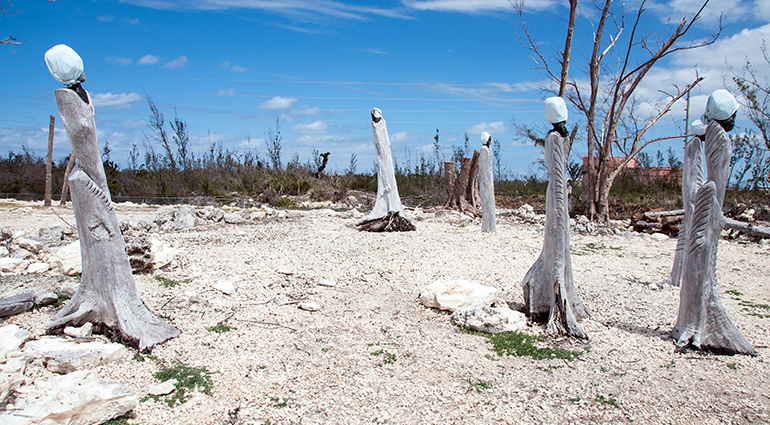 To visit Clifton Heritage National Park in Nassau, Bahamas, is to revisit a tragic era in history. Where the land meets the water, stone steps lead up a cliff. Slaves brought to the Bahamas by ship in the eighteenth century would ascend these steps, often leaving family behind and entering a life of inhumane treatment. At the top, there is a memorial to those slaves. Cedar trees have been carved into the shapes of women looking out to sea toward the homeland and family members they’ve lost. Each sculpture is scarred with marks of the slave captain’s whip.

These sculptures of women mourning what they’ve lost remind me of the importance of recognizing the injustices and broken systems in the world, and lamenting them. Lamenting does not mean that we are without hope; rather, it’s a way of being honest with God. It should be a familiar posture for Christians; about 40 percent of the Psalms are psalms of lament, and in the book of Lamentations, God’s people cry out to Him after their city has been destroyed by invaders (3:55).

Lament is a legitimate response to the reality of suffering, and it engages God in the context of pain and trouble. Ultimately, lament is hopeful: when we lament what is not right, we call ourselves and others to be active in seeking change.

And that’s why the sculpture garden in Nassau has been named “Genesis”—the place of lament is recognized as the place of new beginnings.

from Our Daily Bread https://ift.tt/2OqgMG2
via IFTTT