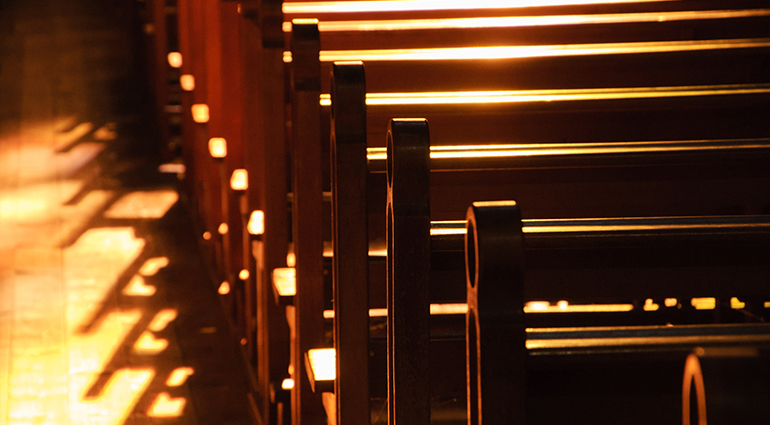 I have a friend—her name is Edith—who told me about the day she decided to follow Jesus.

Edith cared nothing for religion. But one Sunday morning she walked into a church near her apartment looking for something to satisfy her discontented soul. The text that day was Luke 15:1–2, which the pastor read from the King James Version: “Then drew near unto him all the publicans and sinners for to hear him. And the Pharisees and scribes murmured, saying, ‘This man receiveth sinners and eateth with them.’”

That’s what it said, but this is what Edith heard: “This man receives sinners and Edith with them.” She sat straight up in her pew! Eventually she realized her mistake, but the thought that Jesus welcomed sinners—and that included Edith—stayed with her. That afternoon she decided to “draw near” to Jesus and listen to Him. She began to read the Gospels, and soon she decided to put her faith in Him and follow Him.

The religious folks of Jesus’s day were scandalized by the fact that He ate and drank with sinful, awful people. Their rules prohibited them from associating with such folk. Jesus paid no attention to their made-up rules. He welcomed the down-and-out and gathered them to Him, no matter how far gone they were.

from Our Daily Bread https://ift.tt/2mVrtVt
via IFTTT